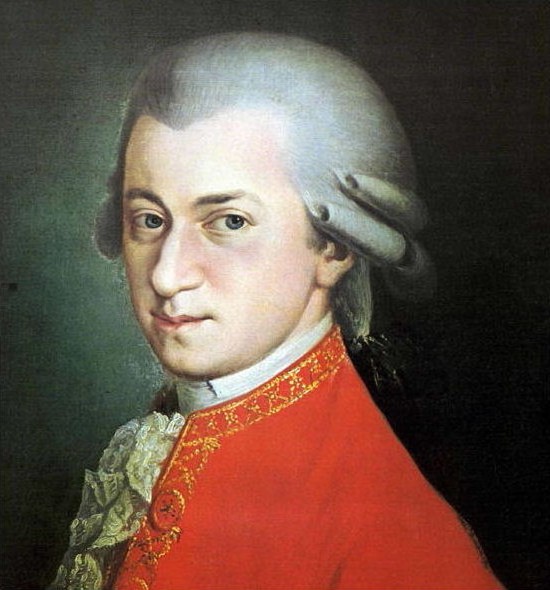 Wolfgang Amadeus Mozart ( born 27. Januar 1756 in Salzburg, died 5. Desember 1791 in Vienna) was an Austrian composer of the Classical era, and widely recognized as one of the greatest composers in the history of Western music.
In his life, he created over 600 works, including 41 symphonies, 27 piano concertos, 16 operas, 19 piano sonatas, and other orchestral and chamber works.
Mozart was also a musician capable of playing multiple instruments who started playing in public at the age of 6. Over the years, Mozart aligned himself with a variety of European venues and patrons, composing hundreds of works that included sonatas, symphonies, masses, concertos and operas, marked by vivid emotion and sophisticated textures.
At the time of his death, Mozart was considered one of the greatest composers of all time. His music presented a bold expression, often times complex and dissonant, and required high technical mastery from the musicians who performed it. His works remained secure and popular throughout the 19th century, as biographies about him were written and his music enjoyed constant performances and renditions by other musicians. His work influenced many composers that followed -- most notably Beethoven. Along with his friend Joseph Haydn, Mozart conceived and perfected the grand forms of symphony, opera, string ensemble, and concerto that marked the classical period. In particular, his operas display an uncanny psychological insight, unique to music at the time, and continue to exert a particular fascination for musicians and music lovers today.