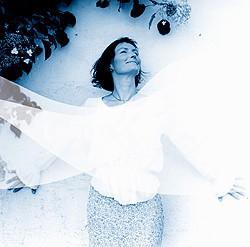 Tone Krohn (1960-) is a Norwegian singer, musician and arranger.
As a singer she has performed with a.o. Georg Riedel and Dominique Chevaliér.

Krohn participated  in the 2009 Grammy Awards-ceremony with Norwegian vocal group Trio Mediaeval. Their CD "Folksongs" was a Grammy nominee and has many of the titles arranged by Krohn.