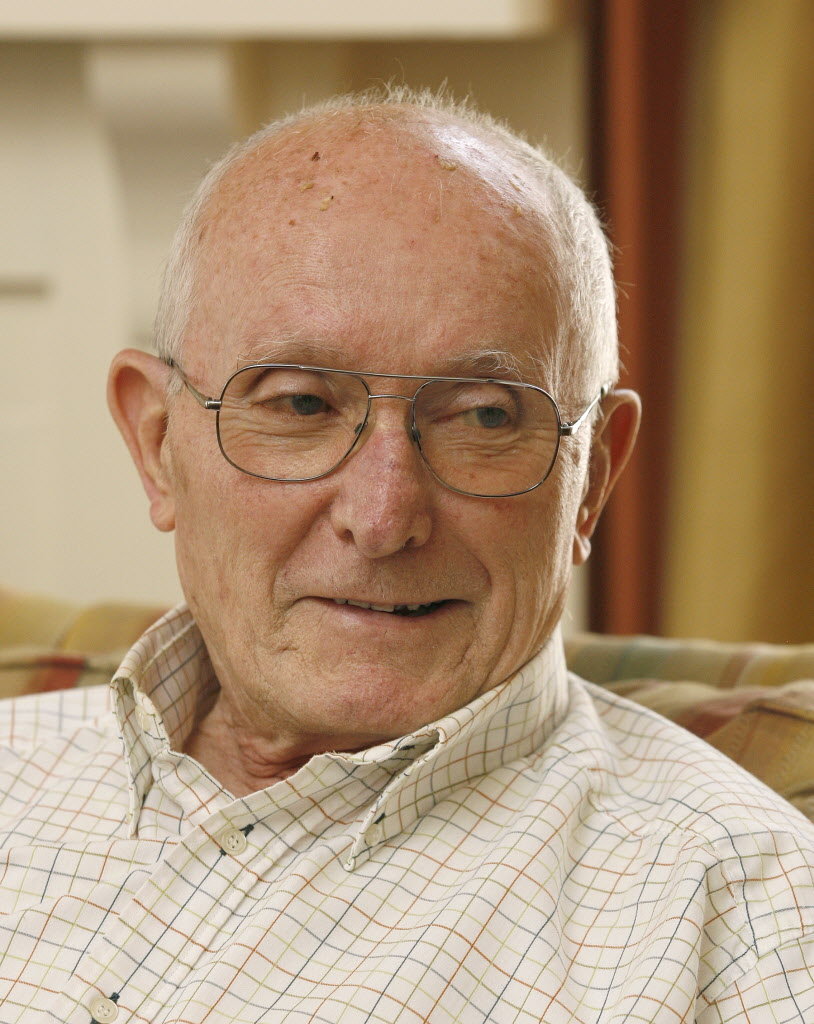 Ward Swingle was the product of an unusually liberal musical education. In his hometown, Mobile, Alabama, he grew up with the sound of jazz and played in one of the great Big Bands, the Ted Fiorito Orchestra, before finishing High School.

He graduated Summa Cum Laude from the Cincinnati Conservatory and studied piano with the celebrated Walter Gieseking in postwar France. In Paris in the sixties he was a founding member of the fabled Double Six of Paris, then took the scat singing idea and applied it to the works of Bach, hence The Swingle Singers, whose early recordings won five Grammies.
When the Paris group disbanded in l973, Ward Swingle moved to London and formed an English group, expanding the repertoire to include classical and avant-garde works along with the scat and jazz vocal arrangements. For information on the Swingles' touring schedule go to www.theswingles.co.uk.

The first English group poses for a photo used for the UK release "Madrigals". Back, L-R: David Beavan, Linda Hirst, John Lubbock, John Potter, Ward Swingle. Front, Carol Hall, Olive Simpson (seated), Mary Beverly.
In l984 Ward Swingle and his wife Françoise returned to live in America. Though he remained as Musical Advisor for his London-based group, he devoted most of his time to workshops, guest conducting and the dissemination of his printed arrangements through his publishing company, Swingle Music. A comprehensive list of his published arrangements can be found here.

His pioneering ideas in new choral techniques produced invitations to conduct The Stockholm and Netherlands Chamber Choirs, The Dale Warland Singers, The Sydney Philharmonia Motet Choir, the BBC Northern Singers and the MENC National Honors Choir at Kennedy Center. During the 90's and early 2000's he gave a long series of workshops and seminars at outstanding universities in both Europe and North America.

In March of l994 Ward and Françoise moved back to France, where he continued his work in arranging, composing and guest conducting. He also wrote a book called "Swingle Singing" in which he tells the story of the French and English groups, his own story, and defines 'Swingle Singing' techniques with illustrations from his arrangements and compositions.

On February 20th, 2004, he was named "Officier de l'Ordre des Arts et des Lettres" (Officer of the Order of Arts and Letters) by the French Minister of Culture and Information.

On January 19, 2015, Ward Swingle passed away peacefully in his sleep. He is survived by his loving wife, and their three daughters Kathryn, Elizabeth and Rebecca.