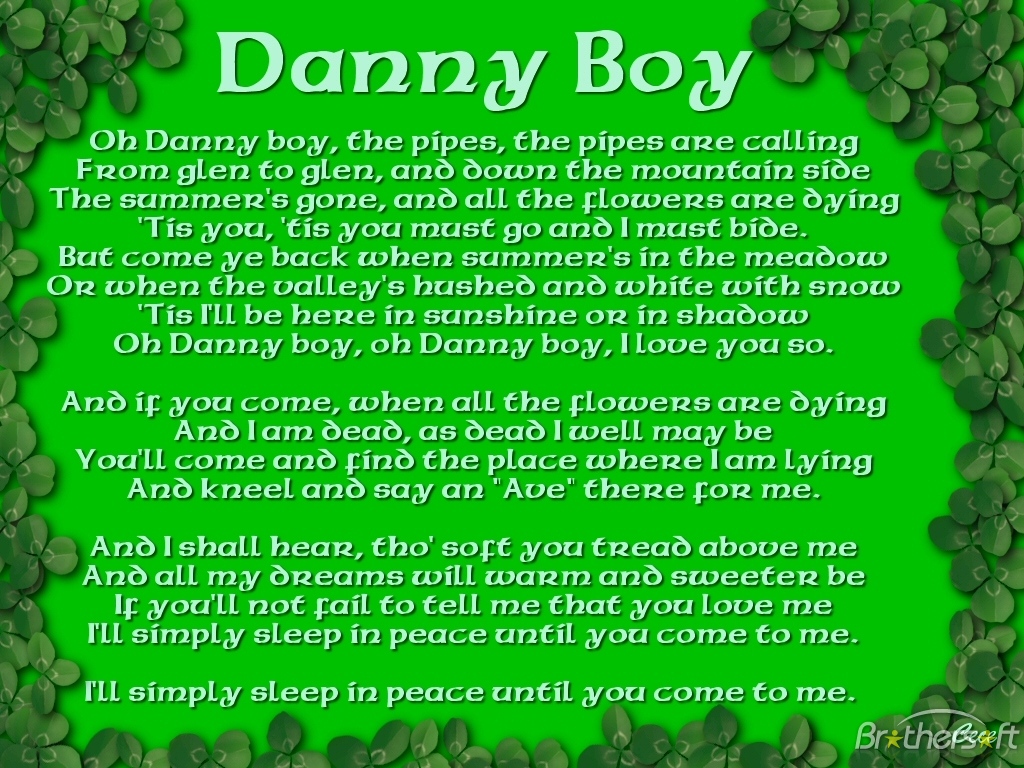 "Danny Boy" is a ballad written by English songwriter Frederic Weatherly and usually set to the Irish tune of the "Londonderry Air". It is most closely associated with Irish communities. Jane Ross of Limavady is credited with collecting the melody of "Londonderry Air" in the mid-19th century from a musician she encountered.