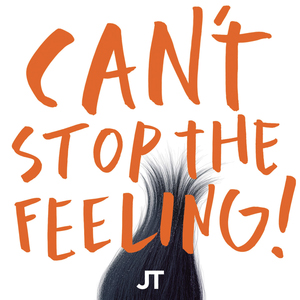 Trolls is a 2016 American 3D computer-animated musical comedy film based on the dolls of the same name created by Thomas Dam. The film was directed by Mike Mitchell and co-directed by Walt Dohrn, written by Jonathan Aibel and Glenn Berger and based on a story by Erica Rivinoja. The film features the voices of Anna Kendrick, Justin Timberlake, Zooey Deschanel, Russell Brand, James Corden and Gwen Stefani. The film revolves around two trolls on a quest to save their village from destruction by the Bergen, creatures who devour trolls.

Justin Timberlake serves as an executive producer for the film's music and released the original song "Can't Stop the Feeling!" on May 6, 2016