← Back
Schubert Mass in G 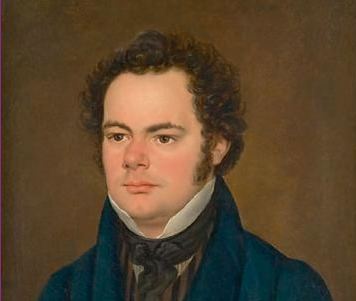 About Schubert Mass in G

The Mass No. 2 in G major by Franz Schubert, D 167, was composed in 1815. This is the best known of the three "shorter" mass compositions which Schubert composed between the more elaborate first and fifth masses. In addition, the later Deutsche Messe or German Mass, D 872, (an early Deutsche Singmesse) and the ultimate sixth mass would be longer.
The second mass, commonly referred to as "Schubert's Mass in G," was composed in less than a week (March 2 to 7, 1815), the year after his first mass had been successfully performed in Schubert's home parish. The second mass was originally more modestly scored than the first, requiring only a string orchestra and organ in addition to the soprano, tenor, and baritone soloists and choir. However, in the 1980s a set of parts for the mass were discovered at Klosterneuburg which are dated later than Schubert's full score. They not only include minor changes throughout the work, which would apparently represent Schubert's "final" intentions, they also include trumpet and timpani parts. This "final" version of the mass is available on a Carus CD; Carus-Verlag also publishes the score and parts for this version. Furthermore, Schubert's brother Ferdinand also wrote parts for woodwinds, brass and timpani in response to the work's great popularity.
The original score was not printed until 1845, some years after Schubert's death, and until then had remained one of Schubert's less noted compositions—so much so that that first edition of the mass had been usurped by Robert Führer, then director of music at Prague's St. Vitus Cathedral, who, eventually, ended up in prison for embezzlement.
Apart from some passages for the soprano soloist, the solistic interventions are very modest. Characteristically for Schubert, he is more interested in an over-all devotional mood of a religious composition than in individualistic romantic text-expression (as Beethoven for example would use in his masses).