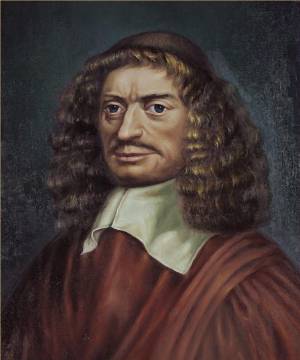 Carissimi's exact birthdate is not known, but it was probably in 1604 or 1605 in Marino near Rome, Italy. Of his early life almost nothing is known. Giacomo’s parents, Amico (1548–1633, a cooper by trade) and Livia (1565–1622), were married on 14 May 1595 and had four daughters and two sons; Giacomo was the youngest. Nothing is known of his early musical training. His first known appointments were at Tivoli Cathedral, under the maestri di cappella Aurelio Briganti Colonna, Alessandro Capece and Francesco Manelli; from October 1623 he sang in the choir, and from October 1624 to October 1627 he was the organist. In 1628 Carissimi moved north to Assisi, as maestro di cappella (chapel master) at the Cathedral of San Rufino. In 1628 he obtained the same position at the church of Sant'Apollinare belonging to the Collegium Germanicum in Rome, which he held until his death. This was despite him receiving several offers to work in very prominent establishments, including an offer to take over from Claudio Monteverdi at San Marco di Venezia in Venice. In 1637 he was ordained a priest. He seems to have never left Italy at all during his entire lifetime. He died in 1674 in Rome. Carissimi's successor as maestro di cappella at the Collegium Germanicum in 1686 described him as tall, thin, very frugal in his domestic affairs, with very noble manners towards his friends and acquaintances, and prone to melancholy