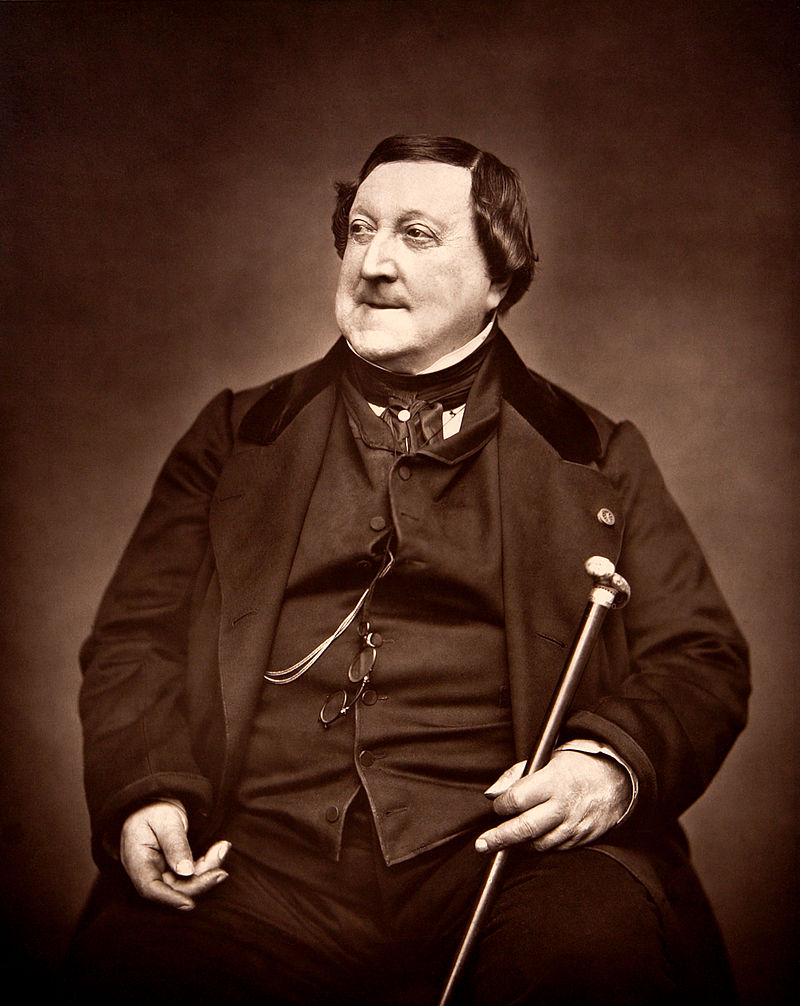 Rossini was born in Pesaro, Italy, on 29 February, 1792  into a musical family (his father played the french horn and his mother was a singer). As a boy he learnt the horn and singing and sang in at least one opera in Bologna, where the family lived. He studied there and began his operatic career when, at 18, he wrote a one-act comedy for La Fenice in Venice. Further commissions followed, from Bologna, Ferrara, Venice again and Milan, where La pietra del paragone was a success at La Scala in 1812. His first operas to win international acclaim come from 1813, written for different Venetian theatres: the serious Tancredi and the farcically comic L'italiana in Algeri. Two operas for Milan were less successful. In 1815 Rossini went to Naples as musical and artistic director of the Teatro San Carlo, which led to his concentration on serious opera. During this tenure he also composed for other theatres, and from this time date two of his supreme comedies, written in 1816 for Rome, Il barbiere di Siviglia and La Cenerentola. Over the next thirteen years, Rossini wrote operas for Naples, Venice, Bologna, London and Paris (where, in 1823, he took on the directorship of the Théâtre-Italien).

By the age of 37 he had written over 40 operas, but, in 1829, after completing Guillaume Tell, he retired to live in Italy, but suffered prolonged and painful illness there (mainly in Bologna, where he advised at the Liceo Musicale, and in Florence). His wife, Isabella, died in 1845 and the next year he married Olympe Pélissier, with whom he had lived for 15 years and who tended him through his ill-health. He composed hardly at all during this period, but he went back to Paris in 1855. Here his health and humour returned, together with his urge to compose, and he wrote over 150 piano pieces, songs, small ensembles, including the graceful and economical Petite Messe Solennelle (1863). These works were only performed at his salon, for private audiences, which included most of the great artistic and public figures in Paris at the time. Rossini refused to have them published. He referred to them as Péchés de vieillesse (‘sins of old age’). Characterised by wit, parody, grace and sentiment, these pieces were to influence the younger generation of French composers, including Saint-Saens and Chabrier. He died, universally honoured, in 1868.